2009 Louis Braille Bicentennial Silver Dollar issued by the United States Mint. The coin is currently available from the Mint. It shows a student reading a book in braille with library shelves in the background. 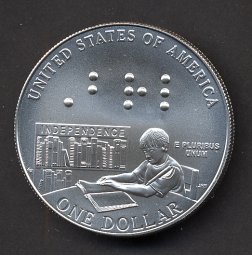 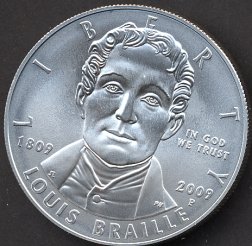 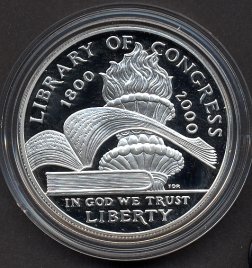 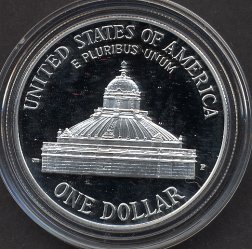 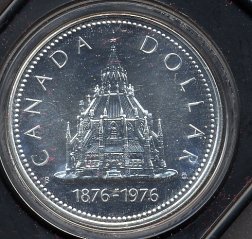 This coin was issued by the Royal Canadian Mint in 1976 to commemorate the 100th anniversary of the completion of the Library of Parliament. The library building is depicted on the coin. Click here for more information.

The coin below was issued by the Royal Mint in Great Britain in 2000 to celebrate the 150th anniversary of the passage of the 1850 Public Libraries Act. 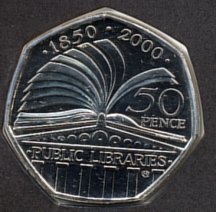 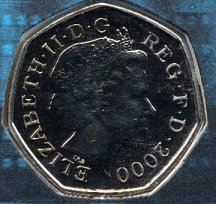 The coin below was privately issued by the American Library Association in 1976 to commemorated its centennial. 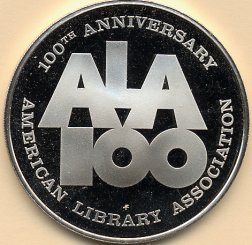 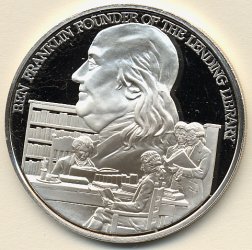 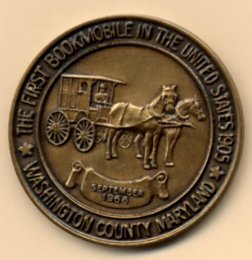 This coin was privately issued in 1968 by the Interstate Coin Club to commemorate the first bookmobile in the United States in Hagerstown, Maryland in  1905. 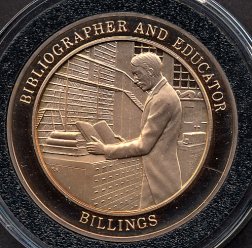 A privately issued coin to commemorate John Shaw Billings (1838-1913), Librarian of the Surgeon General's Office and Director of the New York Public Library. 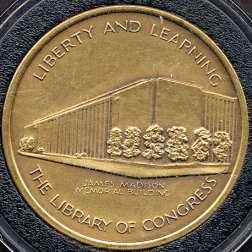 The coin below is actually a part of a medal issued to attendees of the 1901American Library Association Conference in Waukesha, Wisconsin. 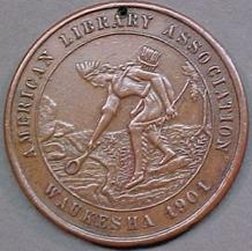 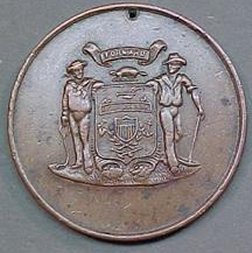