There is a community in Pennsylvania that is named "Library".  Library, Pennsylvania is an unincorporated community in South Park Township in Alleghenny County. It was named in honor of the first library established in the area by John Moore in 1833. The name "Library" was a marked improvement over its previous name of "Loafer's Hollow". The community of Library is served by the South Park Town Library. A Post Office was established in Library in 1842. Postmarks on mail that has been mailed from or cancelled in the post office make nice additions to a collection of postal librariana. It is another case where library history and postal history come together. 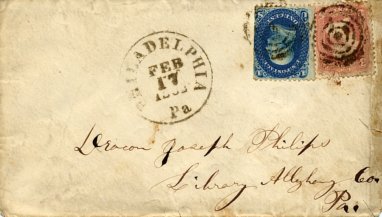 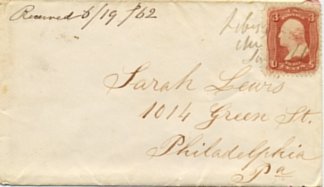 This cover was mailed in June of 1862. It appears to be hand cancelled in Library, PA. 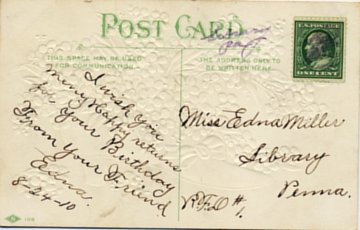 A postcard mailed on August 24, 1910 to Rural Free Delivery Route #1, Library, PA. It was hand cancelled "Library pa", probably by the mail carrier for the rural route. 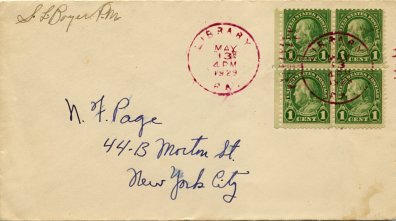 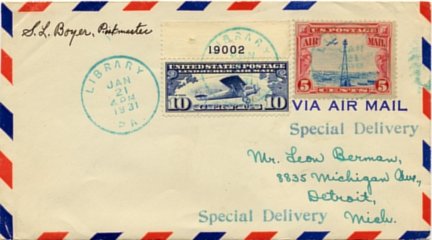 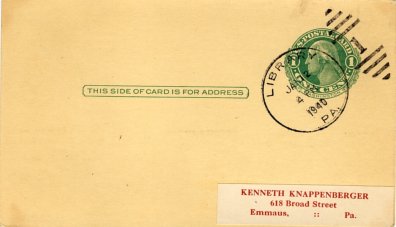 Postal card mailed from Library, PA in 1940. See message side below. 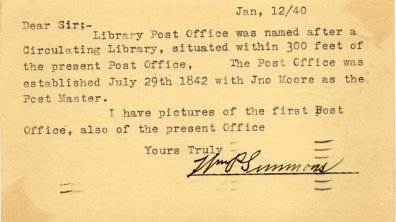 Message side of postal card shown above. 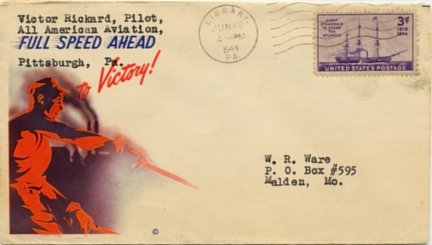 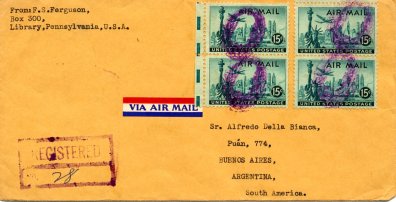 A cover mailed from Library, PA to Buenos Aires, Argentina in 1954.

Detail from back of cover shown above. 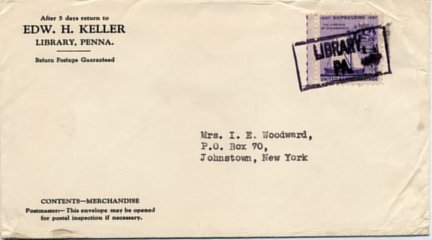 A Library cover with a distinctive cancel over the 1957 350th anniversary of ship building stamp. 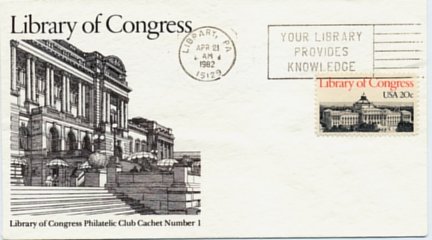 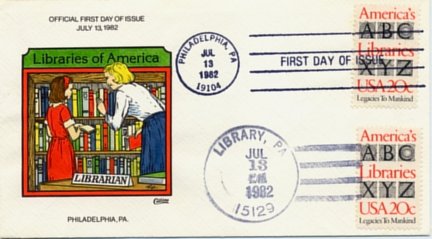